Get the latest Syracuse news delivered right to your inbox.
Subscribe to our newsletter here.

Danielle Mercuri grew up in the ‘90s, an era she drew upon while designing her burger restaurant Loded. The owner chose five ‘90s music legends. including Madonna and Michael Jackson, to go on the wall and hung neon lights in various abstract shapes from the ceiling.

Loded opened for its first full day of business Tuesday from 11 a.m. to 7 p.m. and will operate Tuesdays through Saturdays with those same hours. Justin Diamond, the front manager, said Loded is not taking online orders currently because they are working out technical issues.

The interior of the fast-casual restaurant at 6393 Thompson Road is inspired by the diner in the vintage ‘90s TV show “Saved by the Bell,” with its playlist being a selection of pop and hip-hop songs from artists such as Snoop Dogg, Biggie Smalls and Fat Joe. 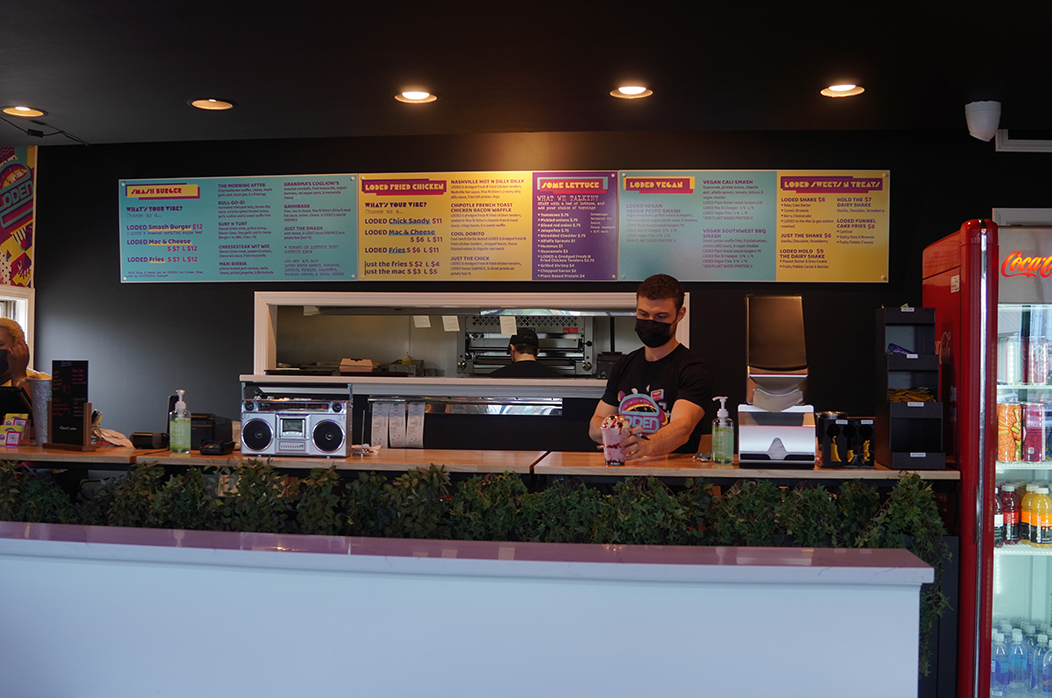 Loded replaced the Rise N Shine Diner on Thompson Road that closed during the pandemic. Mercuri and Alan Diamond, the owners of Rise N Shine, said that it was not worth keeping the diner open and operating at about half capacity because it was difficult to continue paying the bills.

The new restaurant hasn’t had to advertise too much. Justin has noticed many customers are people who work nearby and knew about the diner, while others, like Carrie Cirino saw Rise N Shine’s posts about Loded on social media and made a trip out to the restaurant.

Cirino and her husband, who live about an hour away in Clyde, New York, had a free day and drove to Loded for their burgers and fries. The choice of toppings that she saw on the restaurant’s posts intrigued the couple, and they ordered the Bull-Go-Gi burger — topped with cheese, fried pork belly, Korean barbeque sauce, spiked sriracha-frizzled onions and a garlic scallion aioli — and a Surf N Turf burger.

Justin’s high school friend Max Freeman, whom he brought into the family business, is now the kitchen manager at the restaurant. Justin connected Freeman, who has worked for CoreLife Eatery and Mad Tacos in Cazenovia, with his stepmom and Loded owner Mercuri to start planning the fast-casual restaurant’s menu. Mercuri, who is interested in interior design, oversaw the redesign of Loded’s dining room, while Freeman started working on the menu over the winter.

Freeman designed the menu to give customers plenty of options, but since the toppings stay the same, it’s not too difficult for the kitchen staff to manage, Justin said.

“If you have the cheesesteak, then all you got to do is decide if you want the burger, the fries or the mac,” Justin said. 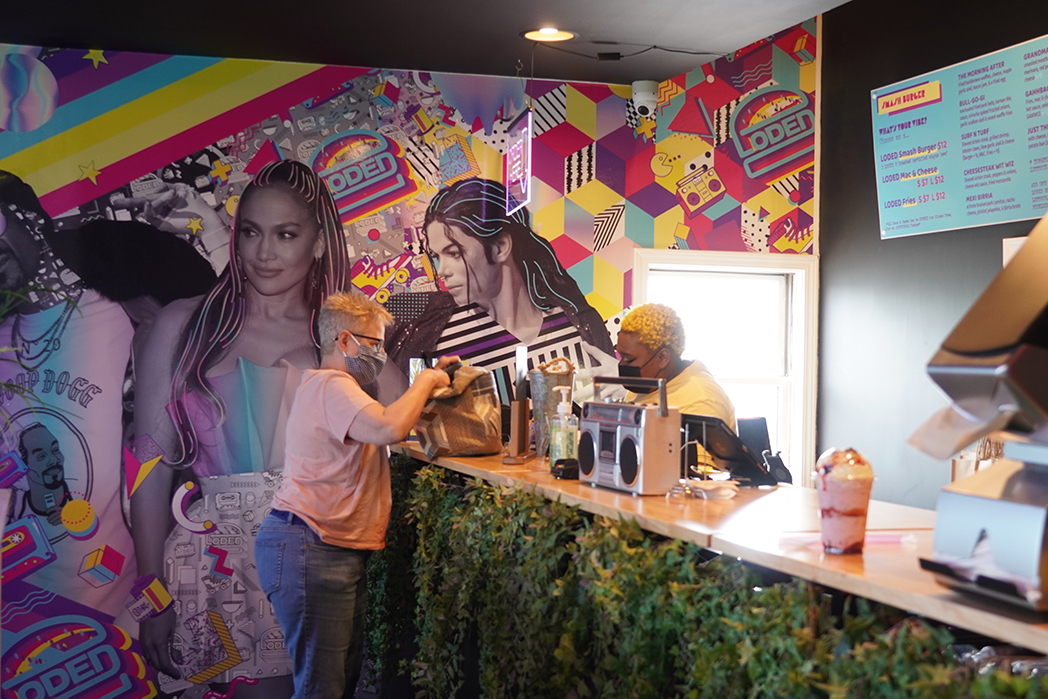 When creating the milkshakes for the menu, the staff drew some inspiration from Rise N Shine’s milkshakes. Customers can purchase a “Loded Shake” topped with sweets like Reese’s Pieces, Kit Kats and Twinkies, which come with straws and spoons that change color as they chill.

Mercuri said the idea for the restaurant had to be something cool and fun that would appeal to everyone through the interior design and food.

“The idea was to make sure we still kind of had something cool and hip-hop fun,” Mercuri said. “I think that’s essentially our thing is just to always make sure you know we have enough for everybody.”