MANILA, April 4, 2021 (AFP): The Philippines will extend a coronavirus lockdown of more than 24 million people, an official said late on Saturday (April 3), as it deploys tents and health workers to overwhelmed hospitals in the capital where cases are surging.

People in Metro Manila — the national capital region — and four neighbouring provinces will have to stay home for another week unless they are essential workers, presidential spokesman Harry Roque said.

The announcement came as the number of new infections for a single day hit a record high of 12,576, taking the country’s caseload to more than 784,000, including over 13,400 deaths.

More contagious variants of the virus and poor compliance with health protocols have been blamed for the surge in recent weeks.

“We call on local governments to tighten enforcement of our quarantine measures and confront people who fail to follow minimum health standards,” Roque said.

Independent research group OCTA said the week-long enhanced community quarantine imposed on March 29 was showing signs of slowing the spread of the virus, “but we’re not there yet”. 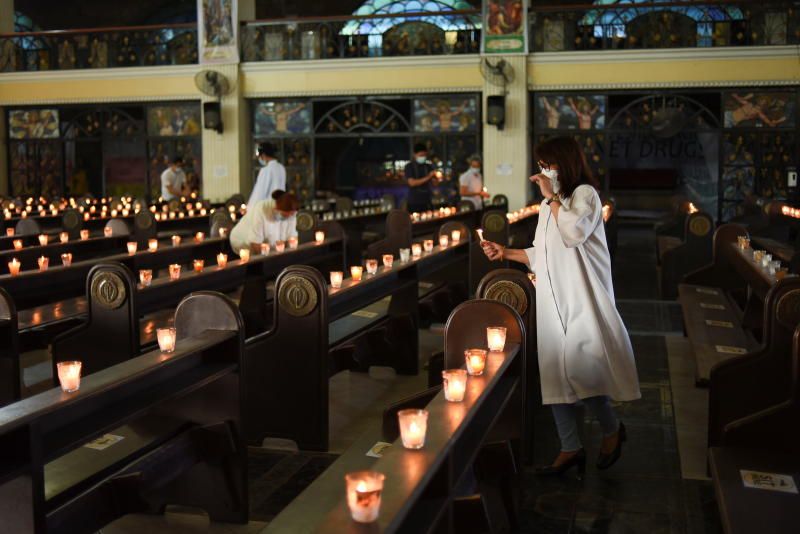 The spike has swamped many hospitals, with reports of people driving for hours around the sprawling capital looking for a facility that can treat their sick loved ones.

To boost capacity, the health department said modular tents were being delivered to hospitals across Metro Manila with the help of the World Health Organization and the UN children fund UNICEF.

“Volunteer” health workers from other regions where virus transmission rates were low would be deployed to hospitals in the capital in the coming weeks, it added.

Under the restrictions affecting a fifth of the country’s population, church services and other mass gatherings are banned and a 6:00 pm to 5:00 am curfew is in force.

Supermarkets, pharmacies and other essential businesses are allowed to operate, and outdoor exercise is permitted.

The sluggish rollout of vaccines and poor contact tracing have fuelled criticism of President Rodrigo Duterte’s government, which has been accused of bungling its response to the pandemic.

As of Thursday, 760,938 health workers had received their first dose, the health department said.

“Those who can take the vaccine must have themselves vaccinated now,” Roque said. – AFP

The Mouse That Survived a Volcanic Apocalypse

The Medical City: The last line in the sand