Jupiter and Saturn are about to do something… 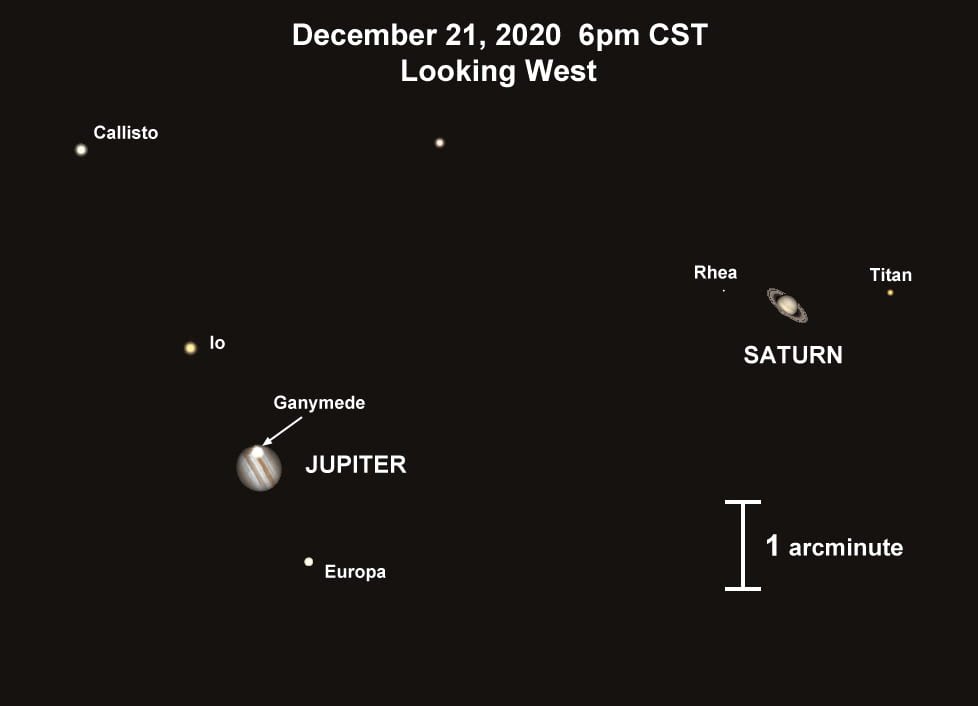 The two largest planets in the solar system, Jupiter and Saturn, have fascinated astronomers for hundreds of years. But the two gas giants will do something next month not seen since the Middle Ages — they will look like a double planet.

The rare occurrence will happen after sunset on Dec. 21, 2020, the start of the winter solstice.

“Alignments between these two planets are rather rare, occurring once every 20 years or so, but this conjunction is exceptionally rare because of how close the planets will appear to one another,” said Rice University astronomer Patrick Hartigan in a statement. “You’d have to go all the way back to just before dawn on March 4, 1226, to see a closer alignment between these objects visible in the night sky.” 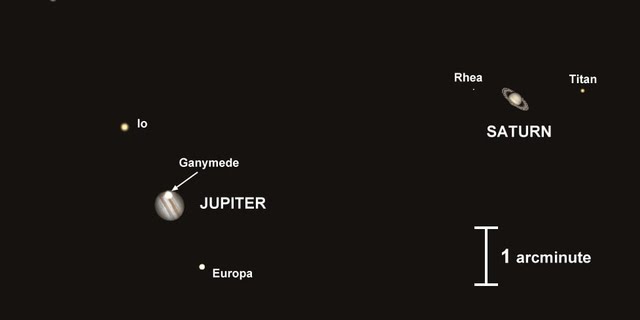 A view showing how the Jupiter-Saturn conjunction will appear in a telescope pointed toward the western horizon at 6 p.m. CST, Dec. 21, 2020. The image is adapted from graphics by open-source planetarium software Stellarium. (This work, “jupsat1,” is adapted from Stellarium by Patrick Hartigan, used under GPL-2.0, and provided under CC BY 4.0 courtesy of Patrick Hartigan)

Between Dec. 16 and Dec. 25, the two planets will be separated by less than a full moon, Hartigan added.

“On the evening of closest approach on Dec. 21 they will look like a double planet, separated by only fifth the diameter of the full moon,” Hartigan explained. “For most telescope viewers, each planet and several of their largest moons will be visible in the same field of view that evening.”

The celestial event can be observed anywhere on earth, but Hartigan noted the farther north someone is, “the less time they have to catch a glimpse.”

Stargazers should try to see the event next month or risk waiting a long time for the next occurrence. The two planets won’t be this close to each other again until March 15, 2080, and sometime after the year 2400, Hartigan explained.

Getting vaccinated: ‘Trust the science, the system, the plan’