DOJ mourns passing of one of its senior prosecutors 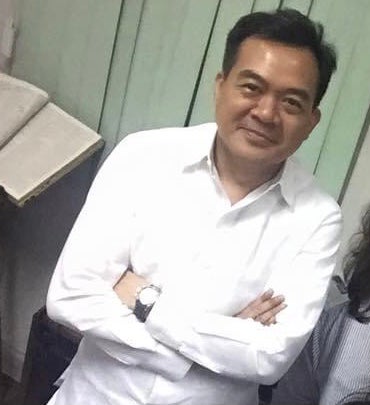 Navera, one of the longest-serving prosecutors at the Department of Justice, passed away Monday evening. His family has not disclosed the cause of his death.

“The DOJ is greatly saddened by the demise of Senior Assistant State Prosecutor Juan Pedro Navera. He was one of our best. Kindly say a little prayer for his eternal rest,” Guevarra told reporters.

Navera has led the prosecution of a number of high-profile cases and successfully litigated them to attain conviction.

Among these cases are the kidnapping and serious illegal detention case against former Army Major General Jovito Palparan. Palparan was convicted and sentenced to reclusion perpatua or up to 40 years of imprisonment.

The National Union of Peoples’ Lawyers (NUPL), the private prosecutor in the case said “JP was a refreshing welcome in the very few times we collaborated very closely with state lawyers.”

“From where we stand, he was at once an embodiment of a principled, fair, no-nonsense, brilliant and diligent lawyer. He was a quintessential professional,” NUPL said in a statement.

“We owe it also to JP and his prosecution team for putting The Butcher behind bars. While we have very minor differences in tactics, he respected us and cooperated with us as co-equals in a very productive collaboration,” the added.

Aside from the Palparan case, he was also the prosecutor on the case of the American disc jockey arrested in 2012 for possessing over P50-million of shabu and other illegal drugs.

He also led the panel of prosecutors that handled the case against Chinese men arrested in the floating shabu laboratory and another Chinese drug peddler in Makati. The five Chinese were all convicted in separate courts.

Navera was also part of the panel that handled the rebellion and coup d’etat cases against former Sen. Antonio Trillanes IV, until he was given amnesty by the Aquino administration. The cases were later on  revived during President Rodrigo Duterte’s term.

“The National Prosecution Service mourns the demise of Senior Assistant State Prosecutor JP Navera. Such a big loss given that he was an excellent litigator,” Prosecutor General Benedicto Malcontento said in a statement.

Birkbeck College, University of London is ranked joint 344th in the world this year and is the only one of these top universities in London that allows students to complete full-length degrees during evening courses, with all the visa and loan privileges of daytime study. Birkbeck is again located in the Bloomsbury area, close to UCL and SOAS and within walking distance of many central London attractions, and it schedules its programs with the aim of allowing students to complete a day’s work before attending class. Many students study part-time, taking advantage of the university’s flexible ethos, and are enrolled on a wide range of programs at both undergraduate and postgraduate level.

No strings attached in PH vaccine deals with other countries: DFA